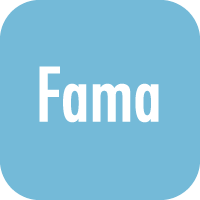 Generate a functional profile of genomes with Fama

Fama Protein Profiling runs a similarity search for all predicted proteins in a genome using fast aligner DIAMOND and customized databases of reference proteins. After the similarity search, all hits found by DIAMOND are filtered by AAI (amino acid identity %) with family-specific thresholds. Top hits that pass the filter are counted for functional and taxonomic assignment.

Protein Profiling requires genome or metagenome assembly with annotated coding genes as an input. Only pedicted protein sequences are analyzed by the app. Multiple genomes can be processed in a single run.

Datasets of reference proteins were prepared by search for functional roles of interest in the SEED database, with additional consistency checks. Those checks include identification and removal of incomplete proteins and redundant sequences. So, reference datasets include proteins from SEED genomes, with exception of RP-L6 dataset, which contains proteins from metagenome-assembled genomes. A complete list of functional families can be found here.

Interactive Krona plots are generated for each genome. A Krona file contains taxonomic profiles displayed as hierarchical circular plots, one plot for each function. Numer of genes for each taxon is represented by an angle of the sector, and amino acid identity % is represented by color. Normally, all mapped genes would be mapped to the same taxon, but contaminated and chimeric genome assemblies can display conflicting taxonomic assignments of genes.

The DomainAnnotation objects are generated for each genome and contain list of genes with predicted functions. The Feature Set object contains list of predicted functional genes from all genomes. Those objects can be used for comparative genomics analyses (for example, GO term enrichment).