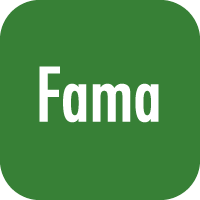 Generate a functional profile of sequence read libraries with Fama

Fama examines genetic potential of a microbial community and taxonomic composition of functional genes by direct mapping of individual sequence reads to a curated reference set of proteins. This tool has been developed for research projects focused on a specific metabolic process in microbial communities containing uncultured and phylogenetically distinct microbes with little similarity to known genomes. For such organisms, amino acid sequence comparisons have an advantage over nucleotide sequence comparison for characterization of genes.

Fama runs a similarity search for translated read sequences using fast aligner DIAMOND and customized databases of reference proteins. After the similarity search, all hits found by DIAMOND are filtered by AAI (amino acid identity %) with family-specific thresholds. Top hits that pass the filter are counted for functional and taxonomic assignment.

For comparison between functions and between samples, raw read counts are normalized by library size, target gene size and predicted average genome size in the sample. For normalization by average genome size, Fama employs MicrobeCensus tool. The normalization metric for single-read libraries is ERPKG (number of reads per kb of effective gene length per genome-equivalent):

If calculation of normalized scores is not possible (because of small number of reads etc.), only read counts and fragment counts are reported for single read and paired-end read libraries, respectively.

Read Profiling requires unassembled short reads as an input. Multiple read libraries can be analyzed in a single run. For better results, adapters should be trimmed and low-quality sequences should be filtered out. All input read libraries must be of the same type, i.e. either single read or paired-end libraries.

Datasets of reference proteins were prepared by search for functional roles of interest in the SEED database, with additional consistency checks. Those checks include identification and removal of incomplete proteins and redundant sequences. So, reference datasets include proteins from SEED genomes, with exception of RP-L6 dataset, which contains proteins from metagenome-assembled genomes. A complete list of functional families can be found here.

Interactive Krona plots are generated for each sample. A Krona file contains taxonomic profiles displayed as hierarchical circular plots, one plot for each function. Score of each taxon is represented by an angle of the sector, and amino acid identity % is represented by color.

The filtered read library generated by the app contains reads from all libraries mapped to at least one function. This read library can be used for assembly of functional genes of interest, if small abundance of individual genomes or very large size of the library precludes conventional metagenome assembly.