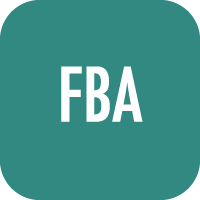 Predict metabolite fluxes in a metabolic model of an organism grown on a given media using flux balance analysis (FBA).

This App constructs a model of how metabolites flow through the metabolic network of a microbe or a plant. Flux Balance Analysis (FBA) is a constraint-based approach that estimates growth-optimal fluxes through all reactions in the metabolic network, thereby making it possible to estimate the growth rate of an organism (the rate of biomass production) or the rate of production of a given metabolic output on a specified media.This App allows you to analyze the organism's growth on different substrates and to evaluate the reactions and metabolites that carry fluxes in each growth condition.

The Run Flux Balance Analysis App takes a metabolic model and a media formulation as input. In KBase, an FBAModel or Metabolic Model typed object contains the reactions, compounds, compartments, biomass reactions, and gene associations that comprise a metabolic model. Such models can be built by other KBase Apps, like the Build Metabolic Model App.

The media formulation, or Media typed object, contains the chemical compounds on which to analyze the growth of your organism. KBase provides users with more than 500 commonly used media conditions to use when running FBA. Importing a media formulation into your Narrative is discussed in Step 1 of the point and click instructions below.

KBase offers several ways to load metabolic models into your Narrative so that they can be used as one of the required inputs for this and other Apps:

For more help with running FBA, check out this Narrative Tutorial.

Reactions to Maximize
By default, the App is attempting to maximize the biomass function or the total growth rate on the selected media. If instead you want to maximize the flux through a particular reaction, then you may use the Reaction to maximize parameter. This allows you to select one or more reactions from your model to maximize the amount of flux driven through while still allowing for growth. You may select multiple reactions, and they may be part of the same pathway or independent of each other.

Output
Once the FBA finishes running, information on the flux distribution is displayed in an output table with six tabs: