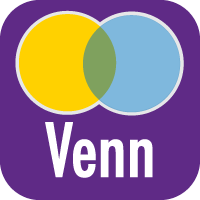 Allows users to slice two AssemblySets according to their Venn overlap. 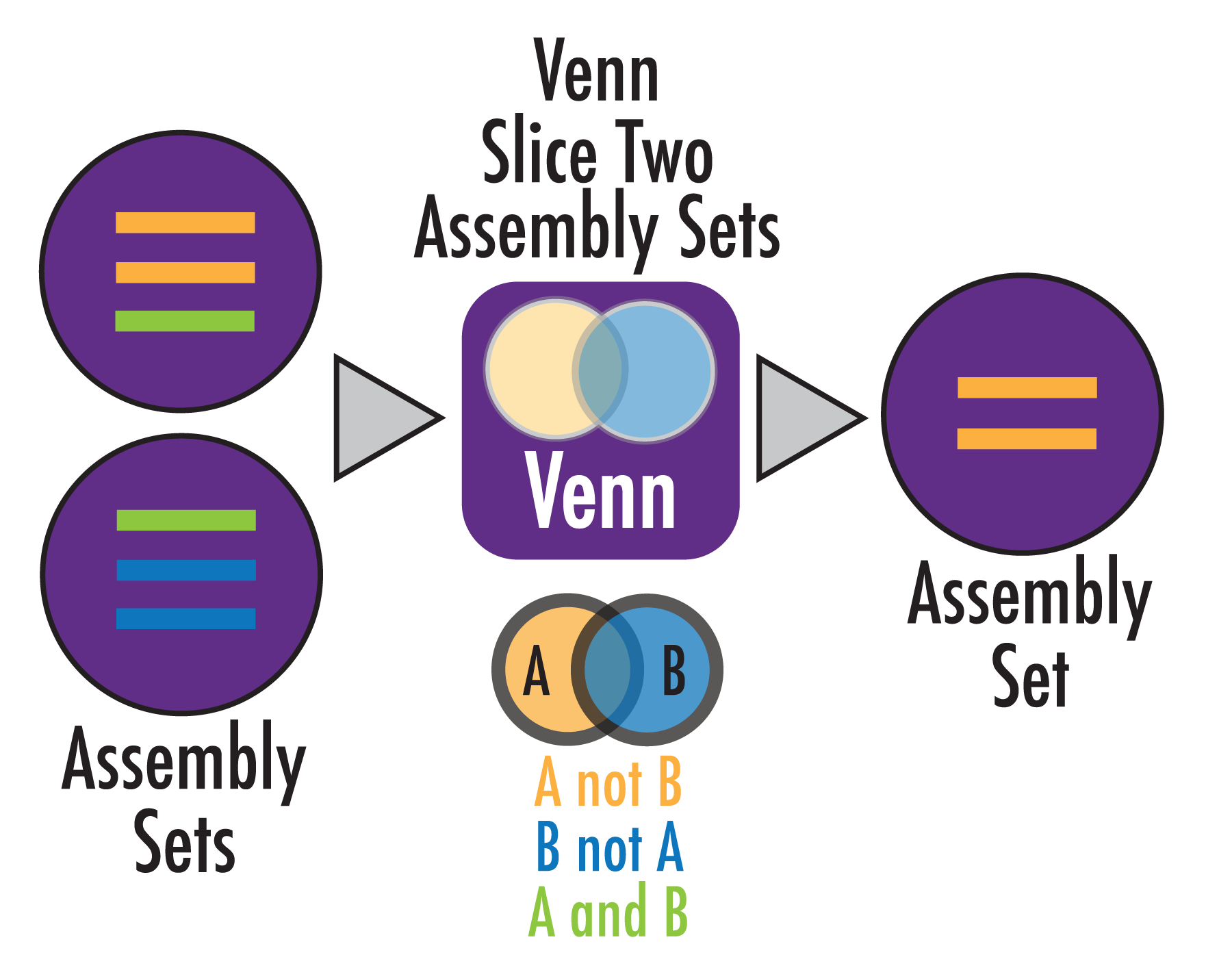 This App allows users to create an intersection set or difference set from two Assembly Sets, A and B, ie, a new AssemblySet containing only assemblys that correspond to present in {A and B}, or {A and (not B)}, or {(not A) and B}.

Running the App: Note that in this App, all inputs are required or mandatory. The first two inputs are sets of genome assemblys (AssemblySets), which may have been created by any of several Apps in KBase, such as Build Assembly Set from Genome, BLASTp prot-prot Search, Merge AssemblySets, Slice AssemblySets by Genomes, among others.

This is followed by a pull-down menu for Logical slice which indicates which set (Venn diagram) operation to perform:

Below that is a text entry field for a meaningful description of the resultant set, followed by the name to be given to the resultant AssemblySet object. Upon successful completion, a new AssemblySet object with the given name will appear in the Data Pane, and a short report listing the description and number of assemblys in this set will appear below the App cell window in the Narrative.