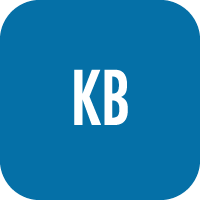 Compare Assembled Contig Distributions allows the user to do a side-by-side comparison of assemblies in terms of their lengths and size distribution of the component contigs. Length and distribution are important because longer contigs are typically more desirable. The output contains several plots which were chosen because they emphasize the contribution of longer contigs. The plots and the colored table are essentially identical to the source of their inspiration: QUAST. Although QUAST is not actually run, instead the values are computed by this App. This App also has a vertical table layout of the assemblies, and additionally offers histograms of the contig lengths, broken up into length regimes to allow for more visible differences in the longer regimes with fewer counts.

Assembly Object(s): The Assembly object is a collection of assembled genome fragments, called "contigs". Most commonly, assembly objects can be created through the use of one of the many assembly Apps being run on reads, but they can also be imported as fasta, or as part of a GenBank genome. The contig length distributions usually differ depending on the input sequence data, the assembler, and the parameterization of the assembler. These comparisons are meant to aid the user in selecting an assembly that might be best for their downstream purposes, such as for extracting genomes from a metagenome. This App may be run on a single Assembly, but is really meant for comparing multiple assemblies that may be provided one-by-one or as a group in one or more AssemblySet objects. This tool can be an effective way to see what assembler works best for the user s data.

Output Object: This App does not create an output object.

Downloadable files: All the plots from this App are available for download in both PNG image and PDF document formats. The HTML report may be saved using the browser.