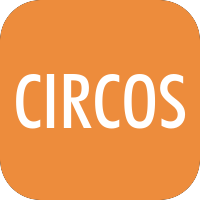 Circos is a visualization tool with unique applications to displaying assembly coverage information.

Implemented for KBase by Sean Jungbluth(sjungbluth@lbl.gov)

This method assumes that you have a method to generate a DNA assembly.

Reads Object: The raw reads used to produce the original assembly and to be used for assembly improvement.

Downloadable files: The relevant output of the Circos run may be downloaded as a zip file. Contents include the clean sequence assembly files and Circos input/output files.