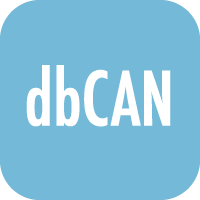 HMMER Search & Functional Profile with Custom Models performs multiple HMMER searches. It reads the objects in the Narrative to find the Multiple Sequence Alignments (MSAs) and uses those MSAs to create a set of Hidden Markov Models (HMMs) which are used in turn to search a protein sequence database. The MSAs must first be generated using a tool such as MUSCLE that builds an MSA from a FeatureSet object. The KBase implementation permits searching through the genes in a Genome object, the genes in the Genome members of a GenomeSet, or the genes in a FeatureSet. The output object of these searches is a FeatureSet containing those genes that pass the thresholds given by the user. The App also provides a table of the hits (with those hits that are below the thresholds in gray) and links to download the table of hits and a Stockholm format MSA. A separate table for each MSA/HMM is provided, whereas the user may select whether to combine the hits into a single FeatureSet or produce a separate FeatureSet object for each MSA/HMM.