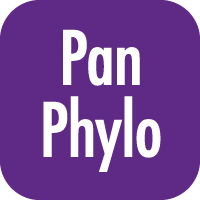 View a Pangenome in a phylogenetic context. 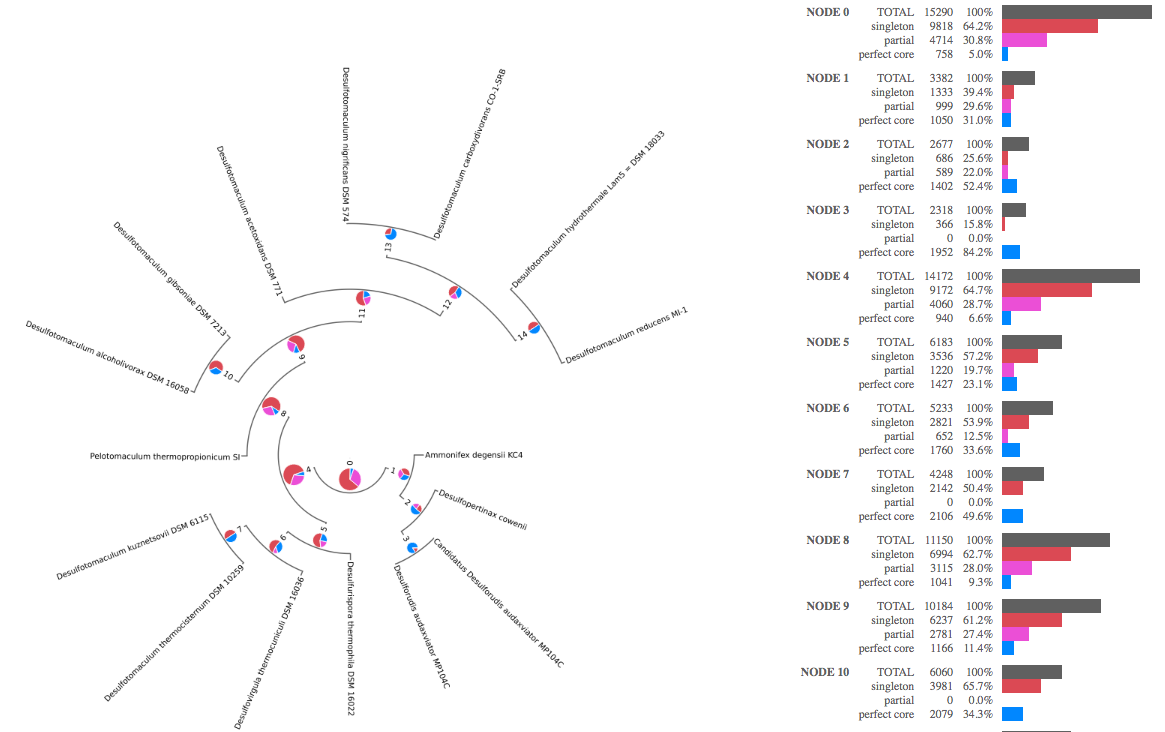 View a Pangenome in a phylogenetic context. Allows the dissection of Pangenome categories using the Species Tree so that one can determine when gene families entered or left a branch of interest.

A Pangenome is the set of all genes found in a collection of related organisms, typically members of a species clade, which are then grouped or associated by sequence homology across species. Some methods that determine pangenomes, such as OrthoMCL, attempt to distinguish which homologous genes are true orthologs and vertically inherited from those with lineage derived paralogous expansions by duplication.

Orthologous gene sets within a pangenome are typically partitioned into three categories: Core, Singleton, and the remaining ortholog sets just considered the rest of the Pangenome (here termed the Partial Pangenome ).

Pangenome: The pre-calculated pangenome object (containing the orthology relationships between the genes) to use for the visualization. Only one Pangenome object can be used.

Save Pangenome feature sets: Feature Sets containing Core, Singleton, and Partial Pangenome (see above) gene members from the ortholog clusters are created if this option is set. These categories are calculated and generated for each node in the Species Tree, using the collection of genomes for which that node represents the ancestor (i.e. the leaves of that branch).